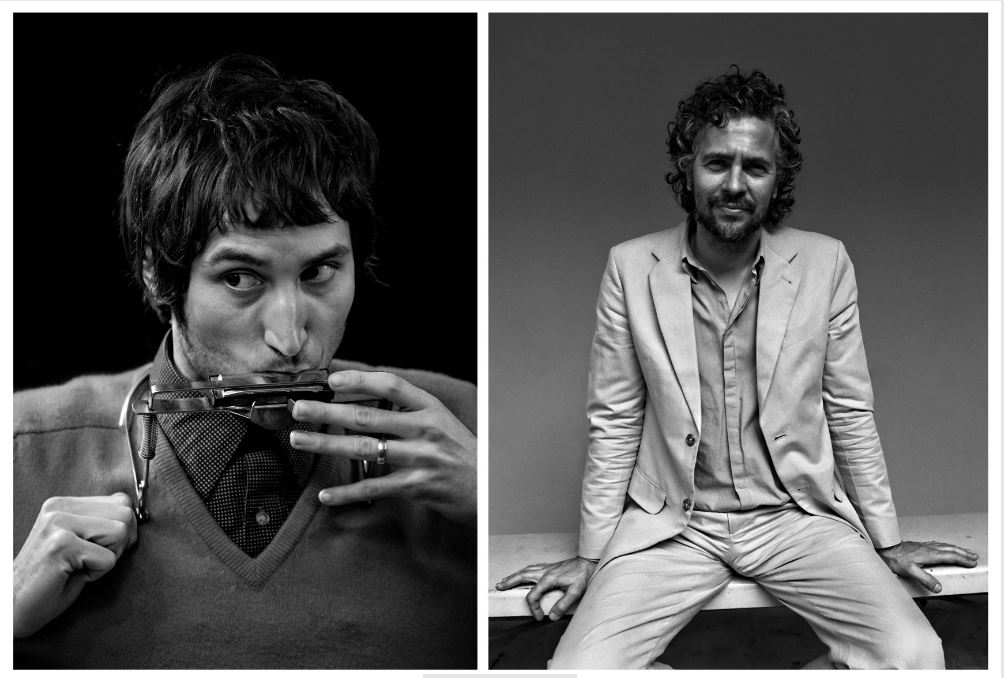 Does being a photographer in today’s digitally driven landscape mean that authenticity has to give way to online affirmation? With each click, like, retweet, and release of dopamine; does this gratification within a digital realm equate success? What is the balance between work, gratification, and success?

I ask myself these questions as I reflect upon the answers and images provided to me by South African photographer Larry Hirshowitz. With a large body of work that spans across decades and continents, his subjects of photography range from culture, politics, street photography, and music. His work can be found affiliated with institutions such as LA weekly, LA Magazine, and KCRW.

What is it like for you to be a film photographer in an age of digital photography?

Back in the day with film, I would have 12 shots of film in a twin lens reflex. I couldn’t use burst shutter like I can with digital, I would wait. I would wait and wait then compose the image and wait some more, get the shot I needed and that was it. Now, with digital, I do the same thing, but I take the shot and then I’ll go take one more and maybe another and then another. I end up taking 10 shots of the same thing. It’s a terrible habit and I have to stop myself when I get into it.

When it comes to photographing people, isn’t the ability to have burst shutter useful? You can catch the milliseconds within a moment and capture more emotion that the eye might not be able to see.

Even in things like street photography when I shoot with digital, I would take the time to visualize everything before I take the shot. I would wait for something to happen and while I do, I would look at the architecture, the lighting, and wait for the subject.

What is your approach and thoughts on street photography?

I believe it’s the hardest photography. If you point the camera at a random person, it’s rude. It’s very hard. If you take a photo and you get caught, all you can really do is smile and say, “sorry, it was a chance for a beautiful photograph.”

There was one guy who was sitting down reading a paper. The light was hitting him in a particular way and I took a picture. He caught me doing that and came right up to me to say “take that film out of the camera right now!” and I did.

It’s a weird balance, but I love it.

Why did you decide to pursue a degree in photography?

I was always a visual person, but didn’t know it. I love movies, and when I was little my Dad used to bring home movies and we relied on radio for entertainment. We didn’t get television in South Africa until 1977.

When I was 21, I ran into this guy that told me he had gotten his degree in photography. I never knew you could get a degree in something like that, so I took the courses and really enjoyed it. Since I started studying it, I just absolutely loved it. It felt natural.

What kind of projects were you doing in South Africa?

When I was living in South Africa, if you were political you would get into trouble. If you were to go against the system you would’ve ended up in jail or worse. Shortly after apartheid ended in 1989, I went to the second legal march. The March was in downtown Johannesburg with Bishop Tutu, all these leaders, and me as this photography student.

My thesis was on documentary photography. During this time I was documenting old-age (retirement) homes, it was quite depressing and amazing.

I would have loved to have written it, but I’m such a visual person. I was more focused on capturing the moment.

How did you end up in America?

I always wanted to travel and my sister happened to be getting married in Los Angeles. This was back in 1991 and I decided to stay. Work started to come in, I ended up working for LA Weekly, LA Magazine, KCRW…

It was amazing because I got paid to see and explore LA. They would tell me, “go and shoot this” and I’d say, “oh, okay.” Arrive at a location and learn about these underground stories. It was wonderful.

I would often focus on events happening on the Westside, Venice area.

How did you end up working for KCRW?

There was this commune where a bunch of South Africans lived (including myself). My next door neighbor and friend Phillip used to volunteer at KCRW. He told me that they needed a photographer, but I didn’t know much else about it. The first time I went there, Rod Stewart was a guest DJ for the day.

From that point on I was coming back to take more photos.
There was always these people and bands coming in.

What are some of your most memorable moments there?

Nic Harcourt, he was the DJ at KCRW at the time, started playing Coldplay after Travis (the band) had recommended them. It was one of the first times they had airplay.

What year was that?

Oh gosh… I’m not too sure, I believe it was in 2000. It was their first time in America and they apparently came straight into the radio station from the airport.

So I would have a bunch of photos like this with other artists like Rosanne Cash, Beck, Adele. I just never did much with them because I was always self-conscious about my work.

It was only when the new General Manager started and offered to put them up on the walls o KCRW that people saw them. I was shooting all the time throughout the years, but no one really saw the pictures.

It was a pretty cool feeling to hear people talking about my photography. I felt proud because it was all that hard work paying off. My friends keep telling me I should publish a book of all these photos, but I just never really pulled the trigger.

As an artist and a photographer, it must feel strange for you to say something like, “everyone look at these photos I took!

As an artist it’s difficult to get over your own ego because the thought is if the work is good, it should speak for itself, but part of it has to be how you market your work.

That’s true, it’s about the ego because you’re trying to do work and you think it’s great, but it’s hard to find balance between business and art.

While trying to achieve commercial success, do compromises have to be made in order to maintain artistic integrity? There doesn’t have to be. I believe it’s about finding balance and walking that tight-wire. It’s about pursuing your passion and hopefully the rest will fall into place.