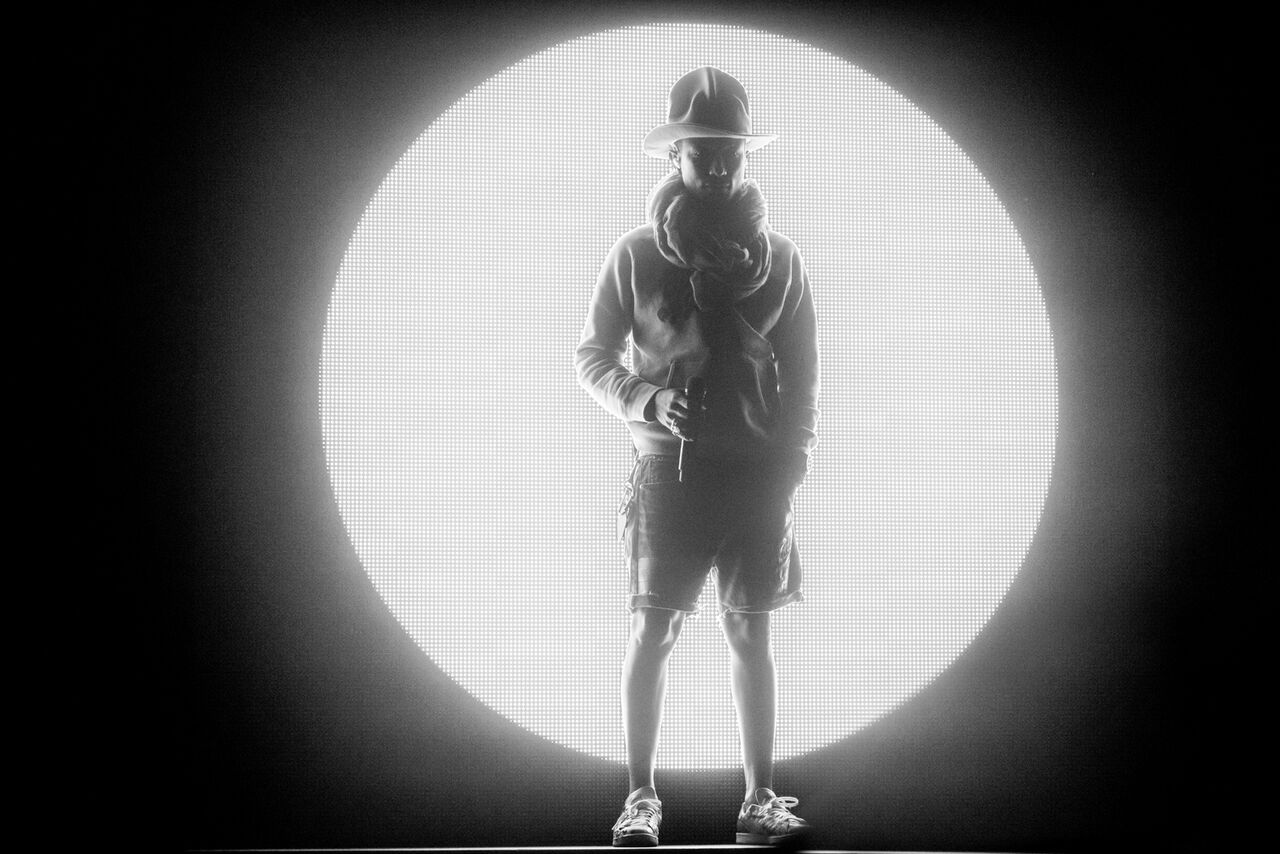 An Interview with Photographer Lindsey Best by Hon Hoang

Lindsey Best is a Los Angeles based photographer with a BFA in Photography and Imaging from Art Center College of Design. I had the opportunity to talk to her about her work and what it means to be a photographer in an ever-changing digital landscape. 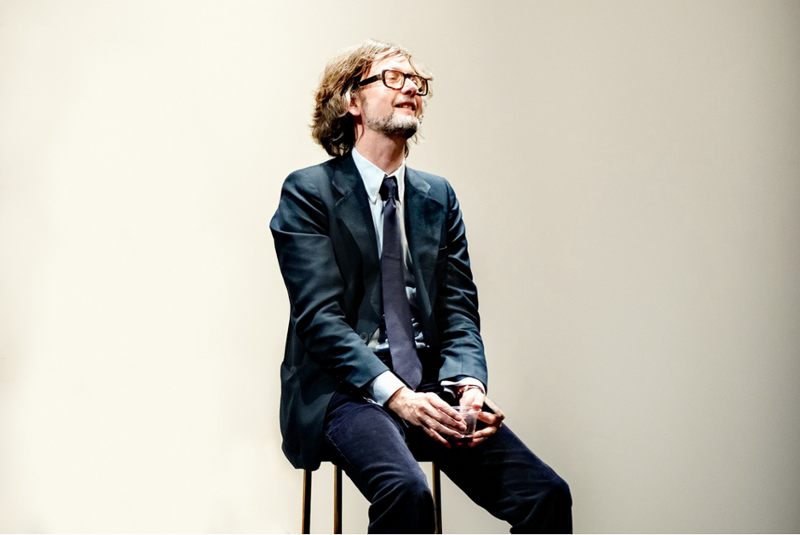 I’m particularly drawn to your portraiture-people series. Who were the subjects, how did you get them to participate, and why them?

My portrait subjects range quite a bit from people who I know on a very deep personal level, all the way to people who I have only just met or only have a couple of minutes to photograph. Whenever I am making a portrait of someone, I always try to find something within that person that I relate to or that interests me. Then, I want to show the essence of who that person is, and to try to show that in such a way that it is universal and felt by the viewer. 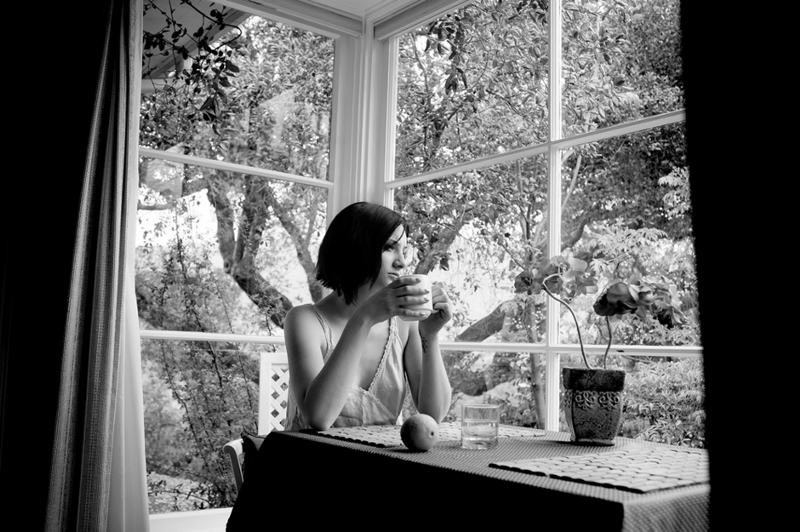 Was there a specific person’s story that stuck with you?

Making a portrait of someone is such an intimate experience for me, I remember every story I’ve been told by a subject while photographing them . My favorite thing about making an image is that I am able to take a story or emotion and try to express it in such a way that it is felt as a human story, and not just specific to one individual. No one lives the exact same life or has the exact same experiences, but as human beings we all share the same emotions, and as an artist I really try to translate those emotions into a visual.

Whether through formal education or self taught, how did you develop your style as a photographer?

My style originated by constantly asking myself “why?” Every artistic decision I would make, I would question why I was making it. Once I started to do this, I began noticing patterns in my work, and not only what I wanted to photograph, but also what made me want to make an image. Once I knew exactly what was driving me, I was really able to tap into that and I think that is where my style comes from. 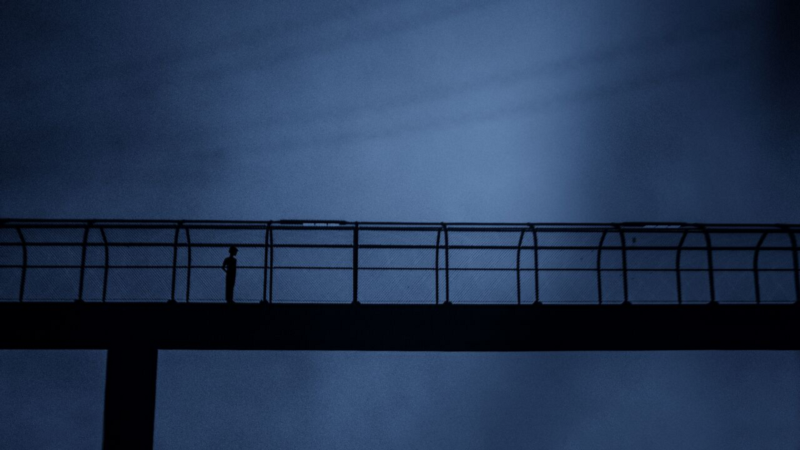 Where do you draw your inspiration from? Whether it be from other photographers, film, painting, etc?

My main source of inspiration has always come from books. I love taking an idea or concept and turning it into a visual representation of that idea. Most of my work deals with what it means to be human and what I see as the fundamentals of the human experience. As a visual artist myself, I of course love to look at other photographers and artist as well. Instagram is a great place to keep up with photographers and artists who I admire. 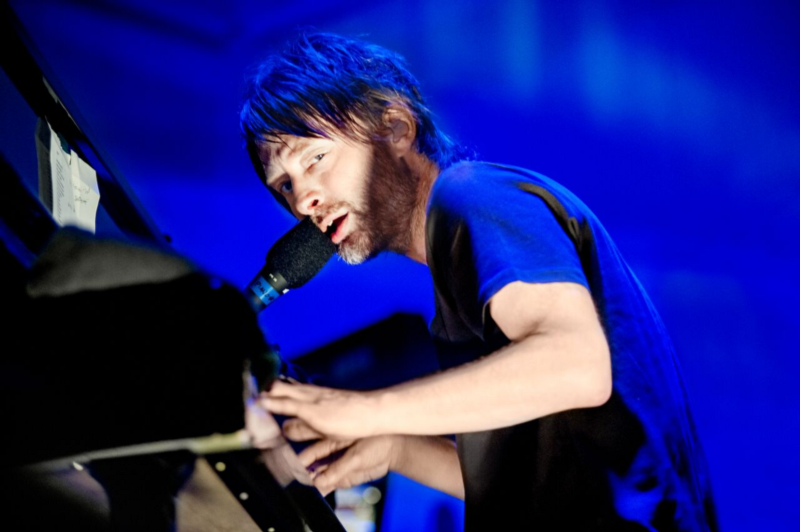 How did you get your start photographing some of the world’s biggest musicians?

I grew up loving music. As a young teenager I would go to a bunch of punk shows and I’d always have my crappy film point and shoot camera with me. As I got older and got better equipment, I had to start figuring out how I could get that gear into these venues. That’s when I started trying to reach out to bands and navigate how that world worked. 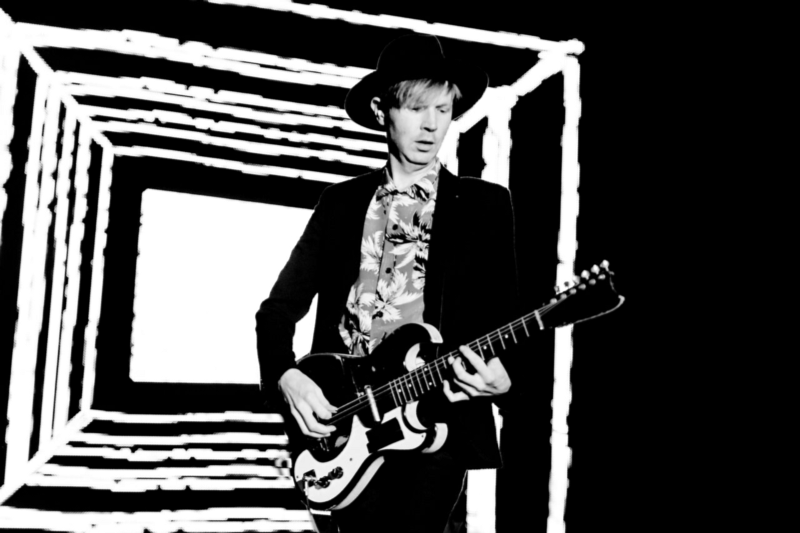 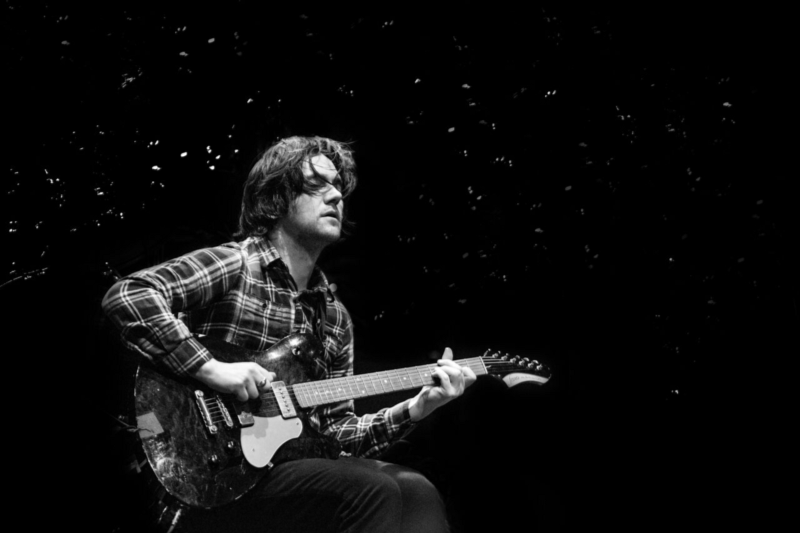 When photographing a performance, do you have specific shots you want to capture beforehand or do you react based on the energy of the performers?

I treat music photography the same way I treat shooting a still life. Research and an understanding of the subject before making an image is one of the basic fundamentals for me to get the image that I want. When I really love a band or a musician, I always know some shots I want to get before going in. I also believe one of the most important things is being able to read a person or a room, and be so in tune with it that I am able to feel it and capture exactly what I want.

Which photographers (if any) personally influenced you, and how did they influence your thinking, photography, and career path?

Right now, every photographer’s career path is so different and individual that I wouldn’t really say any one photographer inspired my own career path. I think it’s more about consistently engaging with people and information that continually makes me want to keep making work. I am really influenced and inspired by the photographers around me though, and some of my closest friends are photographers who I am constantly inspired by. Aside from that, over the years, I have always really loved looking at Steve Pyke’s work as well as Pennie Smith’s work. 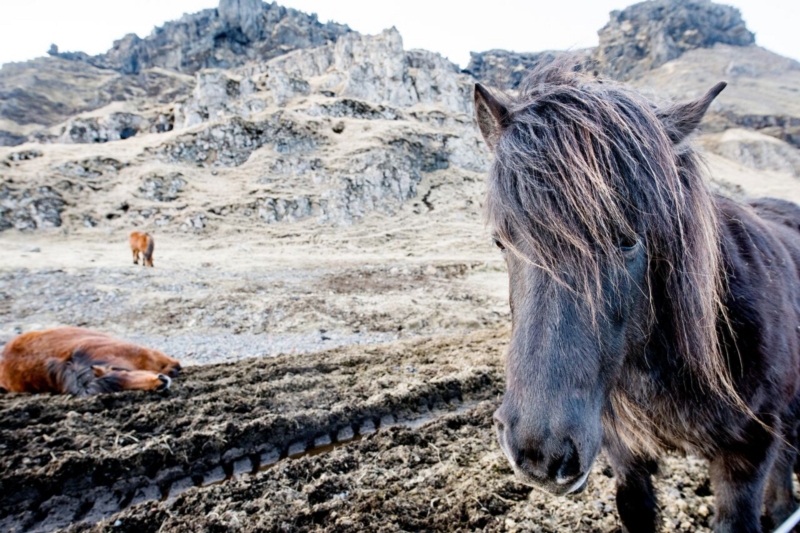 What are you trying to capture when you take a photograph? Is it a moment, an emotion, what are you seeking to freeze in time?

When I make a photograph, I am of course trying to capture a moment, but if my photograph only captures the information/data of the moment, then to me personally it has failed. I always want to go beyond just the facts of x, y and, z are in this image, this moment happened in time, and this is what it looked like. I think that is a foundation, but I am much more interested in what a moment felt like, and trying to make the viewer feel that themselves.

Do you remember a specific moment that made you realize you wanted to be a photographer or why?

As a kid, I used to have a really old polaroid camera. I grew up on a street of all one story houses, except for one house on the corner that had expanded to include a second story. As children, my brother, our two neighborhood best friends, and I all thought that the house must be haunted. We would take my polaroid camera over to the house and take photographs of everything that fascinated us about the house to later examine and analyze at home. It was a lot of fun. When I was 11, I was playing in my back yard with my dog, my two tortoises, and my parents. I had my polaroid camera around my neck. I remember vividly that my parents were talking about their age, and at the time I remember having this deep awareness of mortality and wanting to hold on to that moment in time forever. I took a photo in that moment, and it’s the first photograph I have a vivid memory of not only wanting to make, but also understanding why I wanted to make the photograph. 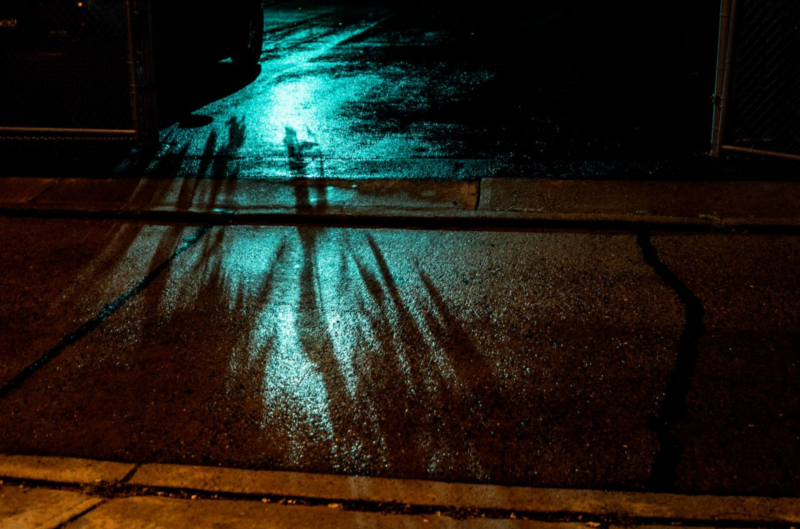 How do you think social media and the digital landscape has changed photography, where do you see the art form going in the near future?

Right now, photography is the most common language and form of communication. There has never been as much visual content out in the world as there is today. On the one hand it’s incredibly overwhelming, but on the other hand there is so much exciting stuff happening and so much great work out there. I think it’s a really fascinating time to be an image-maker. With so much content out there, it really forces photographers to ask themselves what makes their work different, and question how it stands out against the rest. 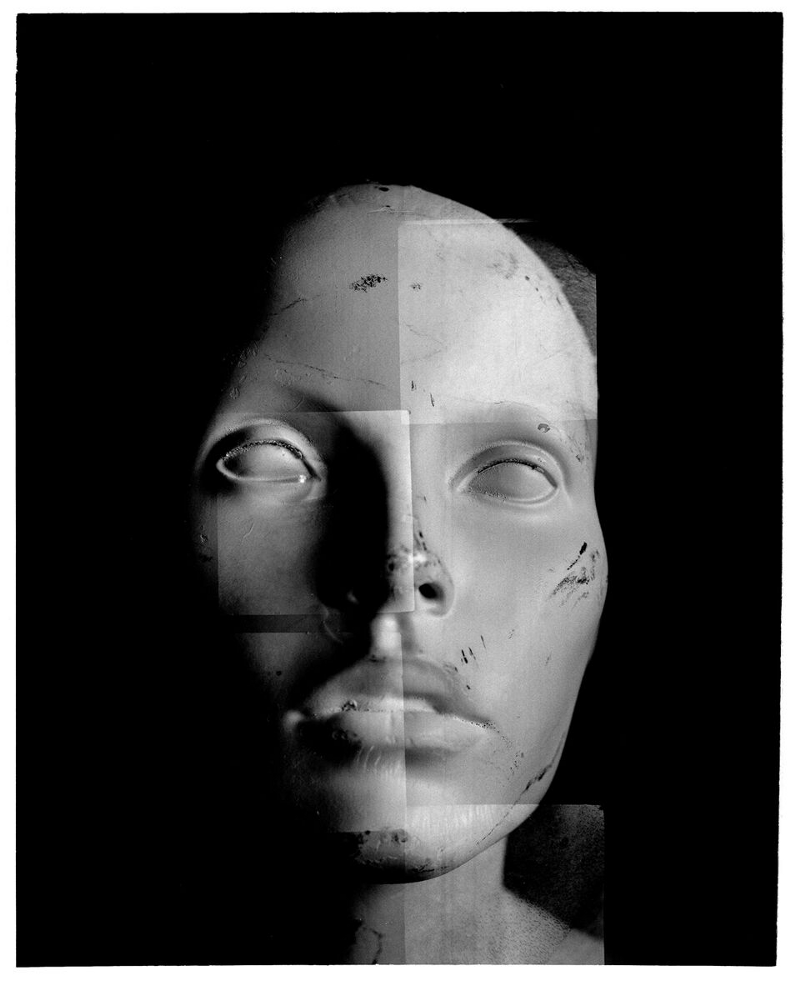 In which style and modes do you prefer to shoot? Film, digital, aperture priority, full manual?

I shoot both film and digital — 35mm, medium format, and large format. Whenever I am planning to shoot anything, I always ask myself, why am I choosing the tools that I am, and how does that aid in what I am trying to convey?

Are there any particular challenges that you enjoy about shooting this way?

I love exploring different tools and working past challenges I encounter while doing so. More often than not, when I face a challenge, it forces me to find a creative fix and possibly see something in a way that I wouldn’t have if I had never encountered that challenge in the first place. Every situation and end goal is made up of various moving pieces, and I always think it’s just about exploring the different ways to move those pieces around and choosing the one that gets me to that end vision that I want. 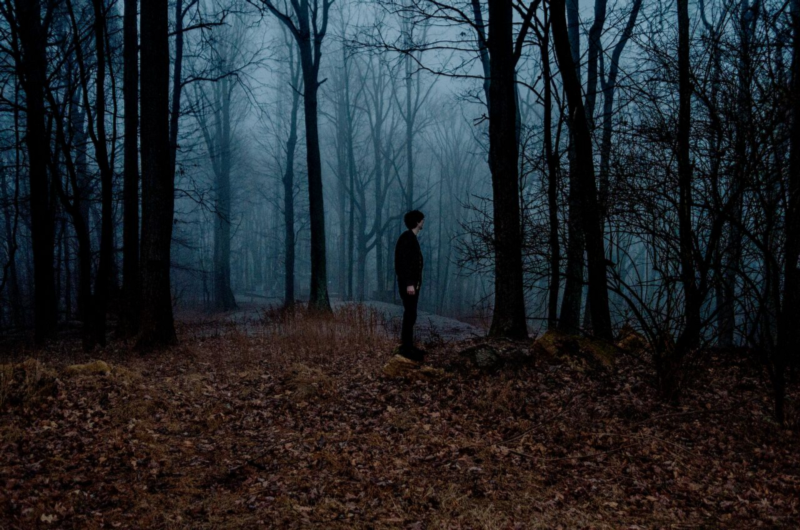 Whether it’s the most technically challenging shot you’ve achieved or a moment you never expected to capture, which photograph from your own collection is your favorite?

I honestly don’t have a single favorite image. Every time I am working on a new body of work or going out to shoot, I always want to make a more insightful or interesting image than any past work. I have a few milestone images though, and off the top of my head I will say: when I came up with the concept for my “Fragmentation of Language” series that was a major break through for me as an artist; when I began working on my photo illustration series “Solus” that was also a major break through for me; and music wise: photographing U2 for the first time, photographing Conor Oberst (who I have a long series of), and most recently, my current favorite artist Jason Isbell. I recently did an ad campaign for Blue Man Group that I really love and am very proud of. I also spent two weeks in Iceland last year and that really influenced how I photograph landscapes. It is hard to pick a favorite image or series, because every image I remember exactly how I felt when I made it, and what exactly was so precious about that moment that made me want to make that photograph.